music: An entity which needs no introduction, SUTEKH HEXEN have been tainting everything in their audio path with bleakness and decay for almost 2 years now. Embracing this concept wholeheartedly and twisting it into a new manifestation,Become is 2 side-long pieces of saturated, seething harshness dubbed onto recycled vintage reels of ¼" tape. Each reel has been hand-selected from a stockpile filled almost exclusively with an assortment of antique radio programs, muddied classical orchestrations and doomsday sermons about the book of Revelations. The level of audio decay is entirely dependent on the previous life of each tape reel, varying between typical tape characteristics to extreme degradation where the source material is nearly unitelligible.

To enhance the ritualistic nature of participating in the transforming audio signal, the packaging becomes a candlelight projector, the illuminated sygil flickering and dancing at the whim of the wind; an appropriately uncontrollable aspect to match the individually differing experiences that each recycled reel becomes for every listener.

NOTICE: Become has been dubbed onto recycled reels of vintage tape stock which has previously been played an unknown amount of times in possibly despicable conditions. An assortment of audio ailments such as dropouts, warble, pitch-bending, static, crackle, hiss & extreme frequency shifting are to be expected, and all flaws which may arise are entirely condoned as adding cohesion to the release concept.
packaging: Reel boxes painted gloss black with hand-cut square viewing window for transparent projector slide. Cover, instructions and insert laserjet printed in black onto black cardstock. Recycled tape spooled onto new clear 5" reels with Sutekh Hexen logo rubber-stamped onto face. Reels serial-numbered on side two in black ink. Entire box contained in clear plastic sleeve. Also Includes 2 tealight candles in ziploc.
Released October 31st, 2012 CE.
Tracklisting:A1 - 15:00 - Five Faces of Decay
B2 - 14:48 - The Voice : The Void
--------------------
Runtime - 29:48 - Minutes 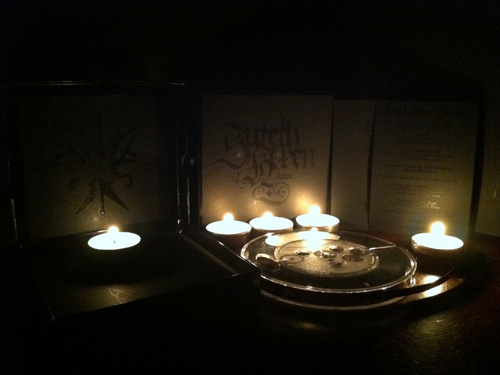 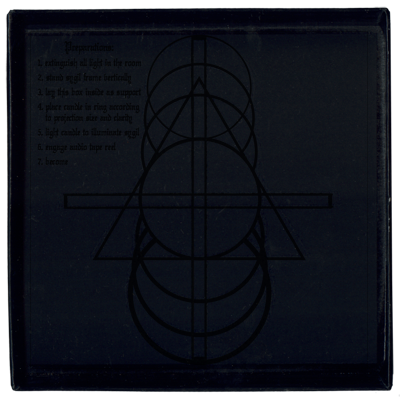 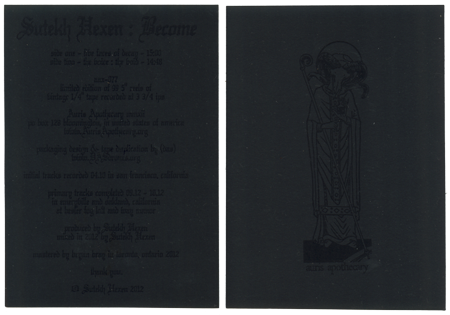 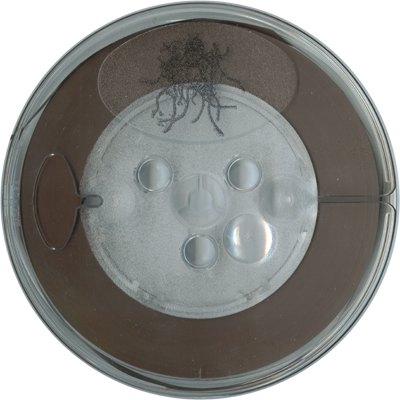