CIRCLE of EYES Vs. KFJC/the airwaves 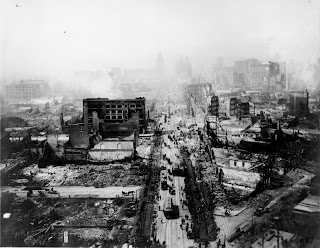 Our last performance of the year was a massive success!
We will be editing/mixing the material for the next release shortly; this year has yielded the best out of T. and myself. Keep checking back for current performance and release updates. Eternal gratitude to: T., James, Moodkiller and Cy Thoth @KFJC for making this happen!!

"Apparently, the computer has never taken a dump in the middle of recording the stereo air-sound file before, so you should feel honored to be the first." -Moodkiller @KFJC 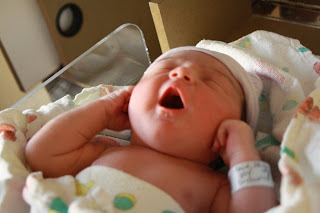 - Welcome to the world -


Congratulations to Doug and Abbey!

(above:) a preview of the cover art design for the forthcoming TENHORNEDBEAST on Cold Spring Records. I am very excited to be involved with this release; Christopher Walton has been active within the dark-ambient/ritual/industrial/neo-folk genres since before most of us gave 3 1/2 an owl-pellet about experimental or drone music – so this is a true honor! I will detail the creative process sooner than later...
Posted by Kevin Gan Yuen at 23.12.09 No comments: 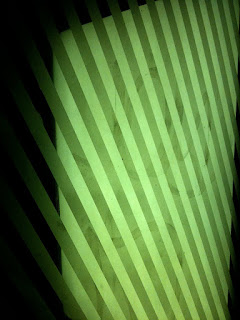 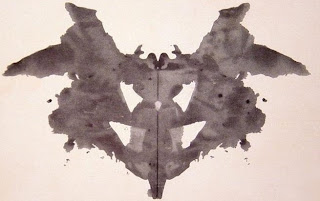 Aesop from COSMIC HEARSE maintains another incredible blog for the masses: HERE // please read the description below – ( bug him about updating it!!! )


"The Rorschach Ink Blot Test is a method of psychiatric evaluation created by Hermann Rorschach in 1921. Psychologists use the test to examine the personalities of their patients. On this site a number of very talented individuals are given a standard form of the Rorschach test. Their replies are then published for your analysis."

Hi Everyone - a heads-up that we only have a couple left.
They are $20 (plus shipping) and will be mailed in tubes, if you're interested - email me. Thanks!

I was asked to design their 50th anniversary celebration show poster – the prints will be available during the event @Cafe Du Nord.
Posted by Kevin Gan Yuen at 9.12.09 No comments:

"Hey Kevin just got back the other day. Here is a pic of my fresh ink.Surge my artist and I decided to change it slightly so JC is facing me and a few minor thing other than that it's pretty true to the original. He was pretty damn stoked to be doing this work he gets tired of doing Unicorns and shit like that. Also he had some pretty in depth information about early Christians actually eating mushrooms so it's pretty symbolic in that regard." 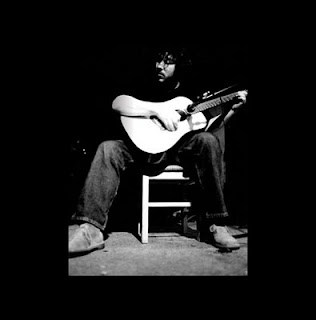 I had acquired a copy of the "Raag Manifestos" LP record at Tower Records in Fresno, during their liquidation in '06 (very significant find), fast-forward to '07 – I missed the only opportunity I would ever have to had seen him perform (I still think about it!!!).... Thursday night, I was going through my record collection after getting a new turntable and saw "Raag...", didn't even pick it up, but noticed it and hesitated – but moved on... it's strange to think about the impact of his music on myself as another 'guitarist'... keep playing.

Completed logo and album artwork/design for their debut album coming in 2010 on 12" vinyl LP format. Please check them out HERE.
Posted by Kevin Gan Yuen at 1.12.09 2 comments: 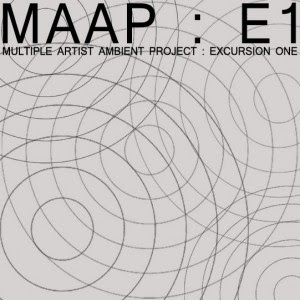 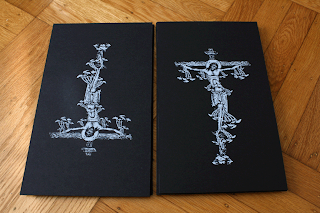 I screen-printed and hand-cut these today – the design comes from the album layout that I completed recently for the band: Of Fallen Crosses. (no joke, I heard that somebody is getting this very image tattooed on their arm...!!???). Also, an interesting fact (or maybe not...), that these were printed on the backs of the Wolves in the Throne Room test presses – from their tour series, back in August. Pretty unique.

Anyway, here are the details if you are interested:

- design: Kevin Gan. Yuen // VIRALOPTIC.COM
- hand screen-printed with white inks on black chip-board stock (on the backs of the recycled WITTR tour poster test prints)
- numbered and signed by the artist in an edition of 10 pieces
- each print measures approx: 7 x 11.25"
- 10USD (+ shipping)
Posted by Kevin Gan Yuen at 23.11.09 3 comments:

Ladies and Gentlemen... cover your sockets 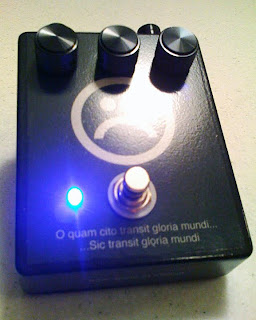 my NEW secret weapon, courtesy of the endlessly skilled and talented Mr. Jeffrey Louie, here is his rundown:

I saw this in a stairwell 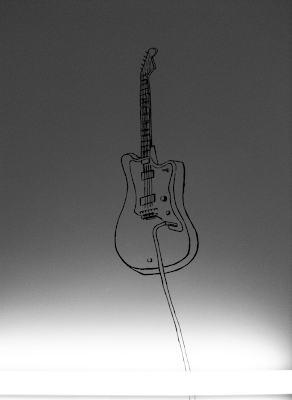 I typically don't approve of what bored, twenty-somethings, with too much time on their hands armed with sharpie markers do – but this was just AWESOME.

(because this looks just like my guitar... as evidenced below) 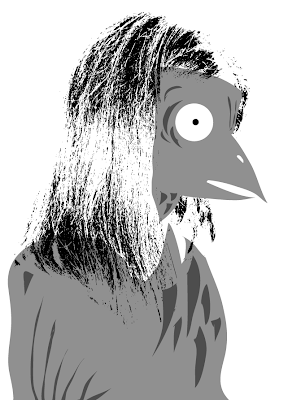 roseman (kevin) | MySpace Video
Special thanks to Kevin Roseman, Scott Miller, the other bands and Ryan Jencks.
Posted by Kevin Gan Yuen at 1.11.09 No comments: 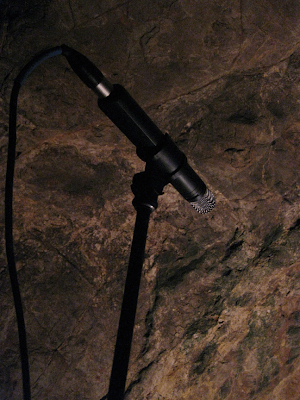 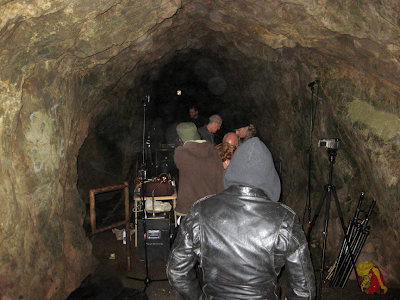 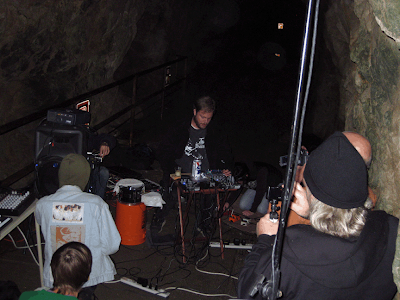 Apparently, Lovecraftian entities reside in the deeper caverns below...
I wouldn't know. Stay off drugs kids.
Posted by Kevin Gan Yuen at 30.10.09 1 comment: 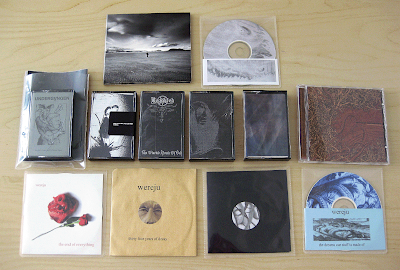 MASSIVE haul this week – courtesy of: Cathal, Thomas and Krystal - Thank you!!!
Posted by Kevin Gan Yuen at 28.10.09 No comments:

WELTER IN THY BLOOD - 'THROUGH THE FIELDS OF MOURNING'

FINALLY - their full-length is upon us... Artwork and design via yours truly and photography by John Paul Whetzel and Darea Plantin.
"Black ambient // Funeral doom available in November" via. SHADOWGRAPH RECORDS. You can preview a track HERE. 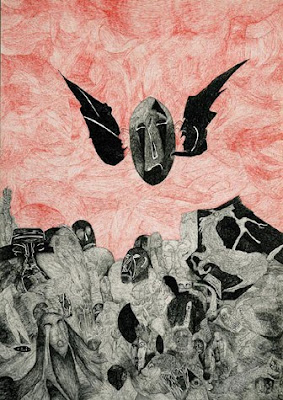 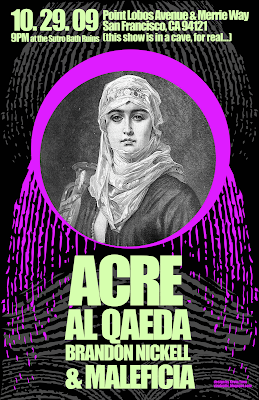 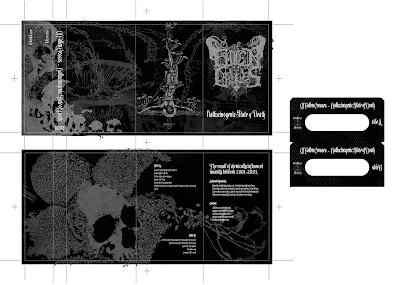 (above:) detail of the artwork/layout for the forthcoming cassette reissue for their 2006 album "Hallucinogenic State of Death". Check previous postings for the album art that I created for their most recent release "Dismantling Her Six Arms" that is out on CD now. You can listen to samples and contact them HERE. 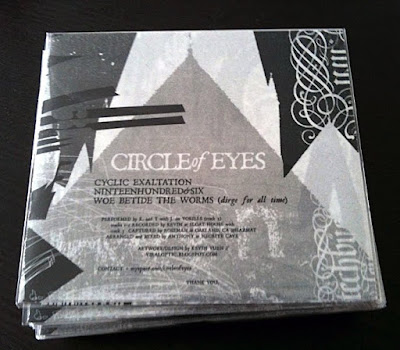 There are a handful of copies leftover from last night.
Please get in touch if you are interested in obtaining a copy.
Posted by Kevin Gan Yuen at 16.10.09 1 comment: 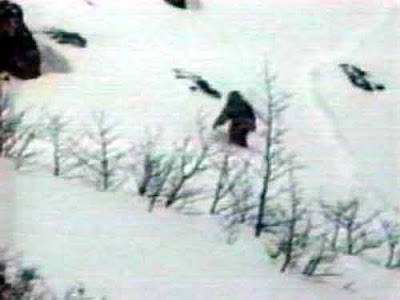 8"lathe label designs for the upcoming 3-track release. The physical record will be translucent and square. You can preview material off said release HERE

The process is very primitive, compared to how vinyl records are normally made. Check out video below to see how it is done: 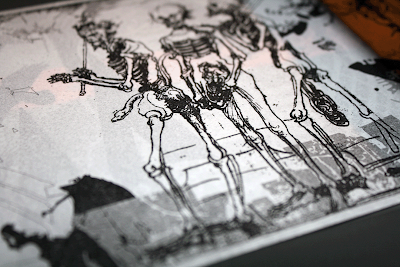 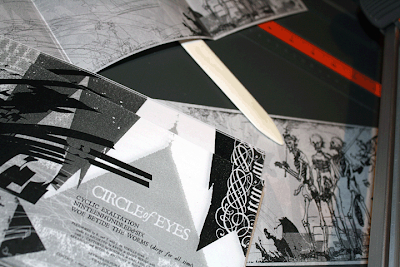 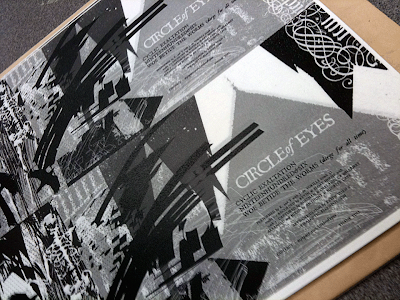 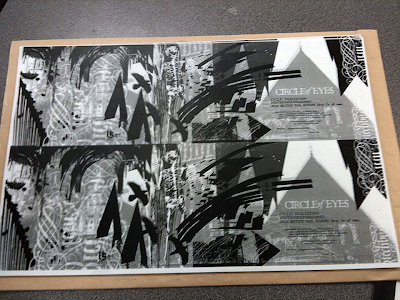 (above:) various print/assembly shots - I am updating this post today, after screen-printing the discs - once these are packed, they will be ready to GOOOOOOO!

DETAILS: hand-printed/assembled tri-fold packaging, B&W print on 36lb vellum stock, black bottom CDrs in polysleeves. The discs have a really cool silver/glow-in-the-dark spiral of eyes graphic screen-printed on top.
These will be available at the Nadja show - only 40 copies made.
www.myspace.com/circleofeyes

NADJA in Oakland + COME HANG OUT (oh, we're playing too..) 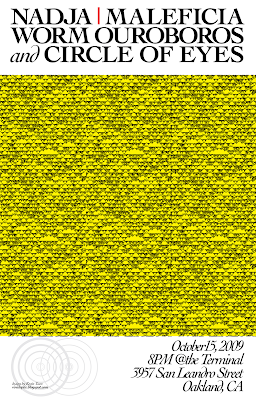 special guest - Scott Miller from AL QAEDA will be joining CIRCLE of EYES for this set, fortifying the wall via. tapes and synthesizer. 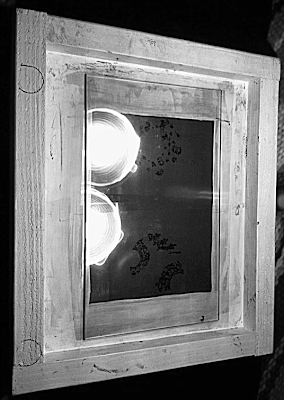 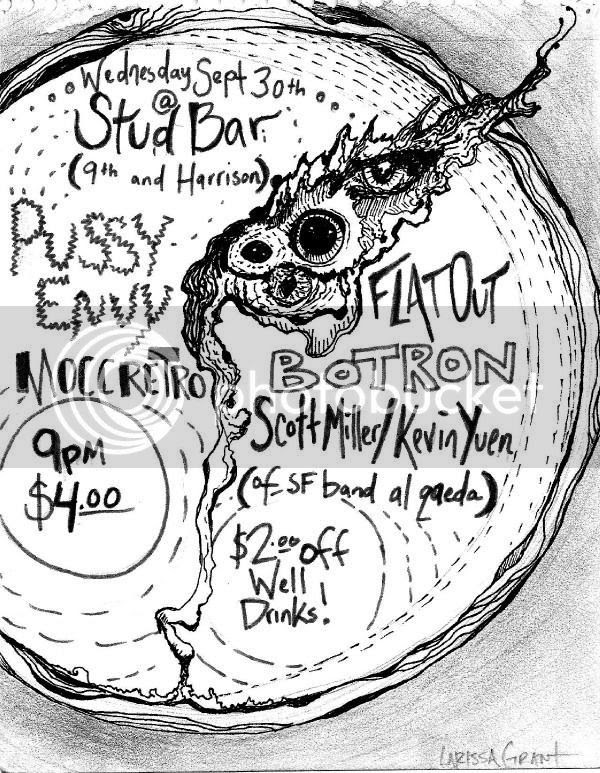 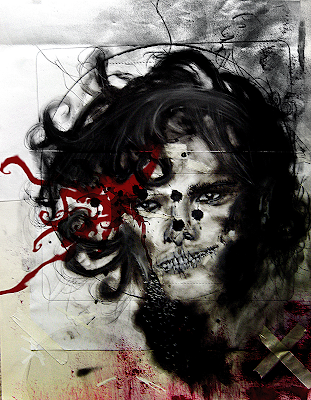 Design/layout for the VERY limited release available @the Josephine performance in Ballard, WA on the 24th (this coming Monday)... The content: A 28m track composed by Scott Miller, Demian Johnston and myself. Half of which was recorded live in San Francisco and the other half by Demian in Ballard, WA.

Tri-fold, 3"CDr companion disc //single 23m track. Printing was completed and assembly begun last night. The front panel side was printed on metallic gold card stock and looks INSANE... the above mock-up, does it no justice.

These are $5 individually or $8 as the complete 'DIASPORA' double 3" set. NOTE: There are VERY FEW copies of the complete set left (about a dozen)

An excerpt to said track can be heard HERE.
Posted by Kevin Gan Yuen at 20.8.09 5 comments:

Artwork/design for the 4-way split release forthcoming from BLACK GOAT RECORDS. This one features the bands: Halo of the Sun, The Arm and Sword of the Bastard God, Gnaw Their Tongues and The Slaughtered Lamb. As Darea from BGR said, "I can't wait to see the final product, it's going to be intense."

Many thanks again to Hawk Duncan for his photographic contributions!!
Posted by Kevin Gan Yuen at 18.8.09 No comments: