Frozen in Time III: Music to Accompany the Films of Ingmar Bergman

I have three new tracks accompanying the film "The Magician" (personal choice) on this forthcoming, exciting and final installation of the Black Horizons curated Ingmar Bergman series. 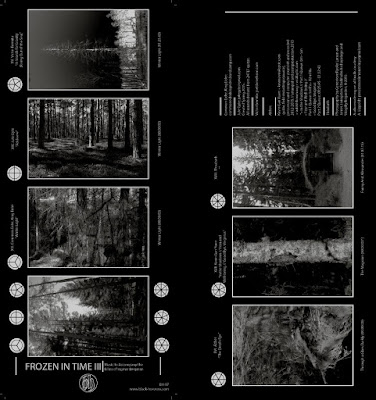 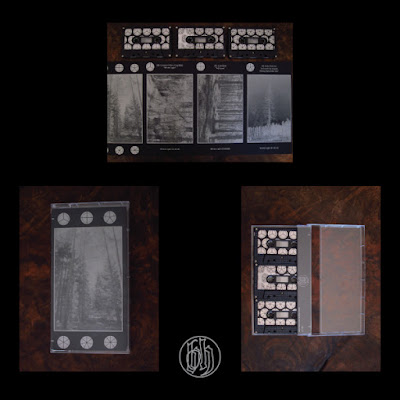 I am excited to announce that I will be sitting in with friends in Common Eider, King Eider in supporting (the most excellent) Aluk Todolo and Insect Ark with Alaric at Elbo Room. Event page here: Aluk Todolo with Insect Ark in SF. Thank you. 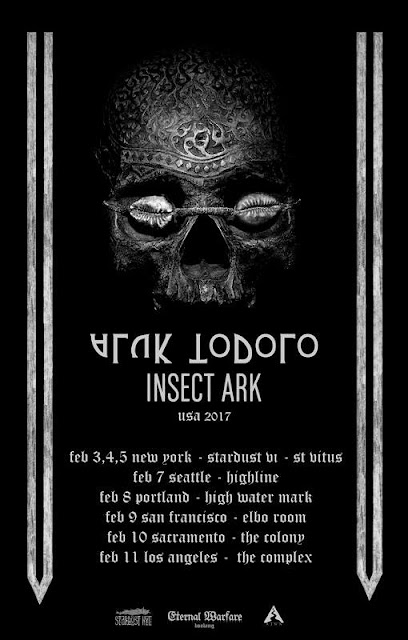 Thank you for everything... we will miss you very much. 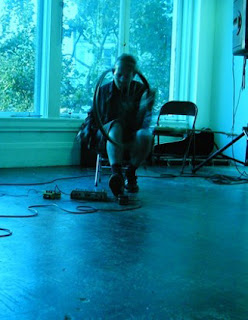 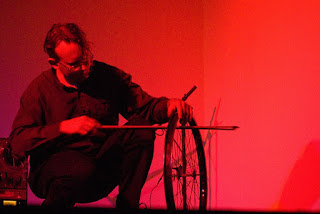 "Jim Kaiser, a champion of experimental music who worked at Amoeba Berkeley for nearly twenty years, was found dead at home in Emeryville on January 3, family members confirmed to the Express. He was 46.

A buoyant presence with a perennial lock of stringy hair, Kaiser supported pronouncedly dark and austere music with a seemingly incongruous, often playful zeal. In ensembles including French Radio, NF Orchest, and Thomas Carnacki, Kaiser lithely bowed contact-mic'd bicycle spokes to absorbing effect. In cover bands, a feature of Amoeba's storied holiday parties, his approach was more like joyous abandon.
Kaiser self-released much of his voluminous solo material, heavy on field recordings and lustrously charred ambiance, through Petit Mal. In 2012, he told this writer that he liked the way the phrase, a French term for a short seizure that literally means "small evil," resonated with the label's primary format: three-inch CDs. "This music has no commercial appeal," he said at the time. "But there are enough weirdoes here for it to sustain itself."
Such was the appeal of the East Bay, where Kaiser arrived and quickly landed a job at Amoeba Music's flagship Berkeley location in 1997. Immediately, recalled former coworker and partner Elise Yousouffian, Kaiser seemed acquainted with the underground venues hospitable to experimental music; he'd already connected with many local artists by booking their tour dates in New Orleans and, before that, Kansas City, Missouri.
Kaiser also started a store ritual: cramming Marshmallow Peeps into CD cases and filing them for sale in the bins, marking each with a pun on the corresponding artist sections (e.g. "Nick Cave & the Bad Peeps").
That's how Kaiser connected with Gregory Scharpen, leader of the Thomas Carnacki ensemble. "He's always known for the bicycle wheel," Scharpen said. "But with us, he'd also use multiple reel-to-reel decks and a shortwave radio that he'd control almost like a Theremin, modulating static by tapping on the antenna. ... Even though the music tended to be dark or somber or melancholy, we'd be grinning like loons from sheer delight.""By way of this job, he was able to get involved with some of the most interesting musicians in the area," said Amoeba co-founder Marc Weinstein, noting how Kaiser dotingly curated the shop's experimental selection. "They'd often meet at the counter."
"He beamed with the type of light and exuberant spirit that always has another side, an alter ego," friend and co-worker Rebecca Burgan wrote. "Often the intense darkness could be channeled into musical pursuits, where he created and collaborated until the light of dawn let him rest."
Kaiser wrote that his last recording, a piece called Blood Has Taste and released in 2015, was "provoked and inspired by several weeks, no, months of near constant pain and discomfort thanks to impacted vertebrae in my neck and upper back."
Yousouffian said that she'd begun offloading her record collection in recent years — a good excuse to visit Kaiser at the buy counter. "There'd inevitably be some record that he just wouldn't let me part with," she said. "He'd go, 'Sorry, no, take that one back home and listen.'"
Kaiser is survived by his mother, Margaret Kaiser of Ridgedale, Mo., and three siblings, Elizabeth Vaughn, Joseph Kaiser, and Paul Kaiser. The family asks that memorial donations be made to Band of Angels in Kansas City."
Posted by Kevin Gan Yuen at 4.1.17 No comments: