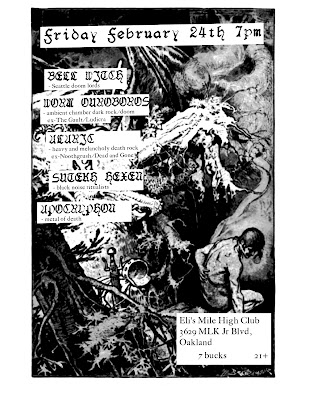 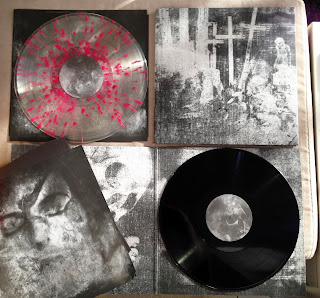 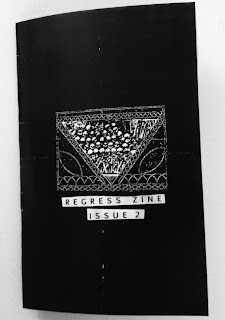 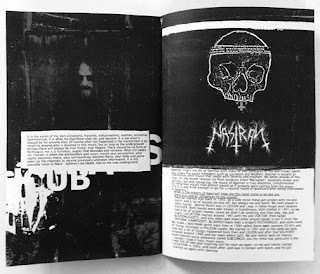 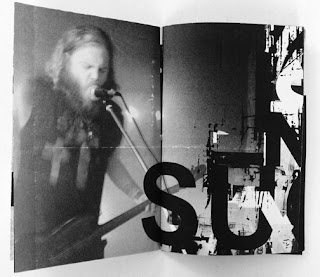 "FOR IMMEDIATE RELEASE - PLEASE CIRCULATE THROUGHOUT ALL RELEVANT CHANNELS

SUTEKH HEXEN Announce February Release Date for 'Larvae'
"Black noise" seems like the most vague description possible for a metal (or metal-influenced) sonic entity, but take one listen to the malignant sorcery conjured up by Bay Area entity SUTEKH HEXEN, and it becomes the most apt title imaginable. Swirling vortexes of chaotic distortion, overwhelming walls of fuzzed-out, menacing noise, tormented howls and sepulchral murmurs - this is black metal forced through a madman's synapses. Black metal, drone, noise, field recordings, spoken word, acoustic guitars, blighted melodies - this is what they offer, these are the elements they harness.
SUTEKH HEXEN have gained well-deserved recognition as of late, thanks to a slew of sold-out releases and West Coast live actions, but with this, their debut release for eclectic collective Handmade Birds, the project has truly reached its apex. Larvae is manifested as a three song, thirty-minute LP, which will be released on February 21, 2012 on digipack CD and a special edition, colored gatefold vinyl (100 on clear with pink splatter, 200 on black).
LARVAE TRACK LISTING:
A1. Isvar Savasana
A2. Lead Us In Warfare
B.   Let There Be Light
As part of a longer, glowing review, Lurker's Path described the album as,"the platonic form of catharsis. That is Larvae by Sutekh Hexen, who have grown over this last year to become the forerunner in noise addled black metal. Layering their din over barely audible drums, treble-firey guitars and a vocal approach akin to murder are all just the starting blocks. What ascends from beneath the raging waves of sound is nothing short of uplifting, transcendent. Larvae is the crowning achievement of this rising star... I give Larvae LURKER’s highest recommendation for its colossal ability to affect the listener. "
Aquarius Records described the band itself as something "more than black metal...it's a darkly  epic, strangely textured assemblage of buzz and blast, howl and  pound, the sound a living black entity, sonic chaos given form. This is the real transcendental black metal. All should be worshipping before the altar of the priests of SUTEKH HEXEN”
Larvae features the talents of many. The album was mastered at 45rpm by James Plotkin and brought forth from the void by Scott Miller (electric guitar, field-recordings, found objects, vocals), Lee Camfield (acoustic guitar), Kevin Gan Yuen (electric guitar, field-recordings, found objects), Dwid Hellion (vocals), Thomas Rodahl Dedekam (vocals), with a pair of conspirators (Yuen and Hellion) collaborating on the haunting album artwork as well."
Posted by Kevin Gan Yuen at 10.1.12 No comments:

New Years Greetings to all:
The lack of digital-presence should not be measured for a lack of creative activity...

In these last few months, between my day-job and personal-life (or lack of) I have been working on the completion of several recordings for my band SUTEKH HEXEN. We have been very proactive as a unit since our inception in 2010 and in fact, have expanded from our core-duo of Scott Miller and myself into adding a new member: Lee Camfield and are now performing as a trio.
Specifically, I have been focused on the deadline and release of our forthcoming, second full-length LP titled "Larvae" which will be released on 21 February, 2012 via Handmade Birds (TX) in LP/CD formats, the latter being packaged in a lavish DVD-digipakage with spot-UV printing. This has been over a year in the works. The opening-track: "Isvar Savasana" was actually our opening track that we played on tour in 2011. The logistics alone with this effort has been a massive undertaking to get all of our parts edited/mixed and mastered alone: it was recorded in San Francisco, CA // Oakland, CA, Ghent, Belgium and Oslo, Norway.
Anyone who has ever been involved in a working band, a professional artist or a player of team-sports can vouch that there is immeasurable time and hard-work invested in "making it work". With that being said: with the new record(s) on the horizon, immense support from the underground and vision: We are doing good.
A preview of the artwork/packaging are attached below: It was a collaborative effort between Dwid Hellion and myself; the photographic collages and dark-paintings succesfully evoke the haunted visions inspired by the three tracks on this record... although texturally rich: we decided the less is more approach would be most effective: black and white gatefold printing, spot-UV elements (logos/lyrics).
There will be updates of personal projects and art/design-related works for close-friends/associates in the coming weeks (there are 2-3 in the works),  but I will be taking a back-seat on visuals for a bit while we prepare for another tour in support of the new record(s), write/record/rehearse. etc.
Thanks for reading. 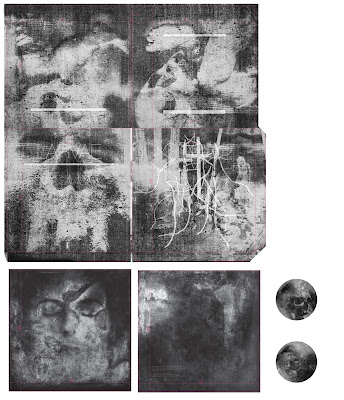