ABOVE: not 10 years later, but more like 3 weeks later: the logo that I was recently asked to complete for them. Process: digital camera, sharpie chisel tips, micro .08, ball point-pen, scanned and destroyed. 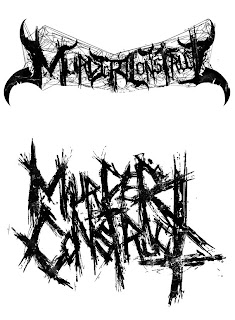 LEFT: two directions that did not make the cut